How to Waste Money on Social Media Without Even Trying

This means that you are not using your promotional dollars strategically.  One of the best ways to grow a social network is to funnel people from existing sources.  Don’t waste your hard earned dollars AND visitors promoting another platform like Yelp or Angie’s List. This does not mean that you don’t use these services, just that your control your destiny.
A good call to action looks like this: 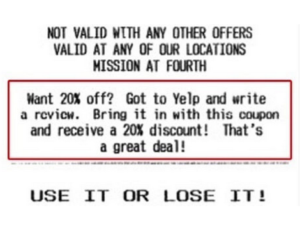 According to Marketing Pilgrim most large companies in the US have 178 corporate-owned social media accounts. Small companies are not far behind and often employees create profiles without ever telling anyone at the company.  Do you know what the message is? Do you know who is managing these for you?

This applies not just to Facebook but they seem to be the largest culprit at the moment as they are trying to generate income.  It works like this:  you have spent a tremendous amount of resources driving traffic to Facebook and gaining Fans and now Facebook is only showing your post to <17% of your Fans but will promote to all your Fans for a fee. Moral of the story:  Don’t throw hard earned money down the drain by investing in a closed system that you don’t own or control.

This is true with other platforms such as Tumblr, Stumbleupon, Scoop.it etc. If you don’t own it, you won’t control it in the long run.

VIEWS Digital Marketing Agency works with businesses and organizations to build brand loyalty, engage with customers and increase sales. We develop a digital marketing strategy and implement a customized mix of tactics such as Inbound Marketing Automation, Search Engine Optimization, Social Media, Paid Advertising, Content Creation, Conversion Optimization, and Mobile Marketing to generate and nurture leads. Call today to get a VIEW of your future!